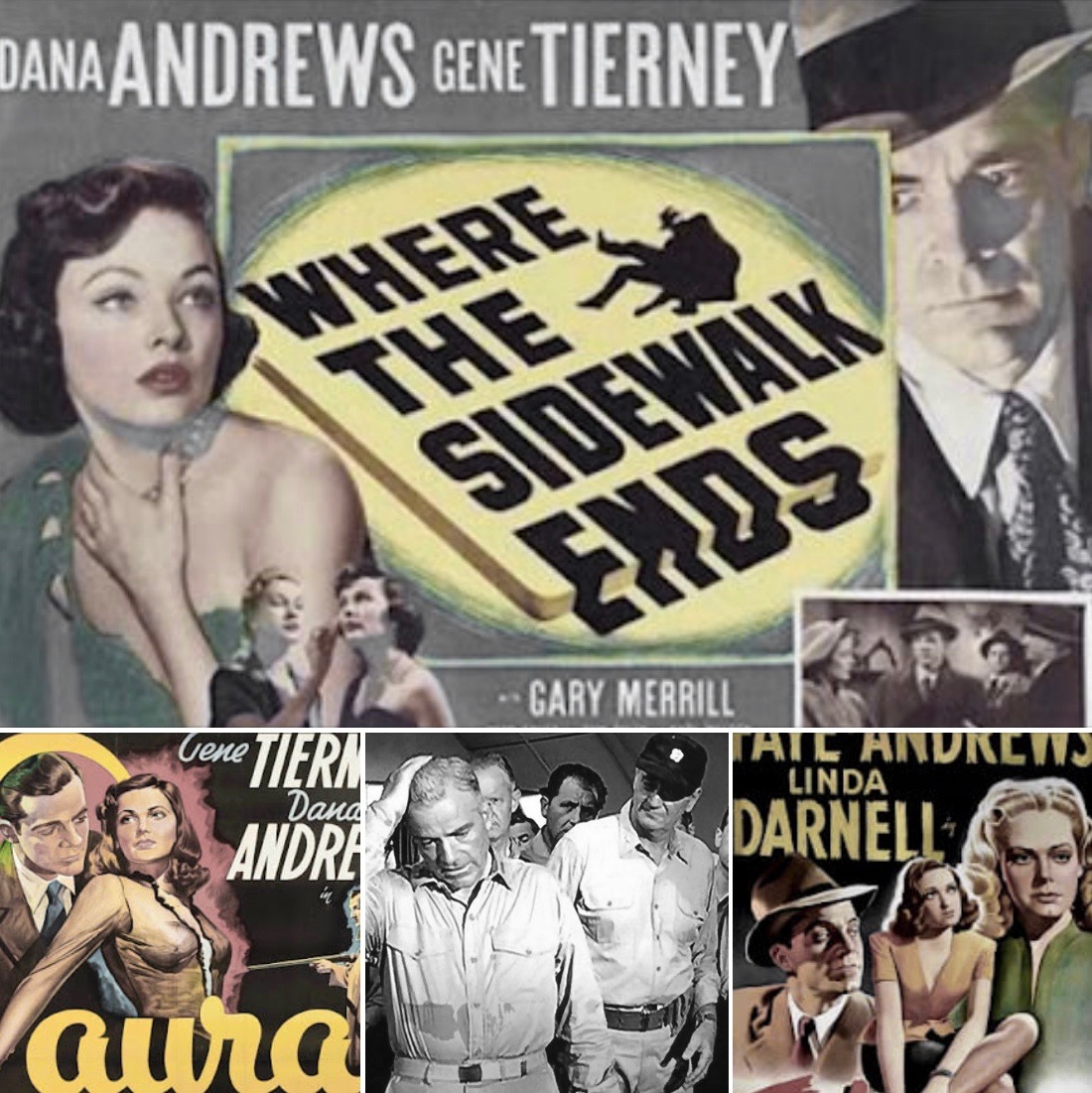 Birthday Otto Preminger, who was to Dana Andrews what Alfred Hitchcock was to James Stewart or Cary Grant, only better: from LAURA to FALLEN ANGEL to WHERE THE SIDEWALK ENDS and then a reunion for IN HARM'S WAY.

Popular posts from this blog

2/20/2019
At the STATE FAIR, two girls pass Dana Andrews and Jeanne Crain, and one, played by Jo-Carroll Dennison, had recognized the handsome reporter, "How you doing, honey?" she says, and he, while eating a candy apple with Crain, replies, " Quiet , you."
Post a Comment
Read more

4/25/2019
RIOT ON SUNSET STRIP didn't star Dana Andrews, but HOT RODS FROM HELL did, and in that movie his daughter, Laurie Mock , was the good teenage girl, while the bad girl was Mimsy Farmer with her bad guy friend Gene Kirkwood : All three changing places in RIOT as Mimsy plays the good girl daughter of another veteran actor, Aldo Ray, while this time it's Laurie Mock and again, Gene Kirkwood as the rebels. Not only that, but while HOT RODS featured Mickey Rooney Jr.'s band during the third act, the young cast of RIOT is rounded out with Mickey's other son, Tim Rooney.
Post a Comment
Read more